4 Ways to Reconnect with Lapsed Donors 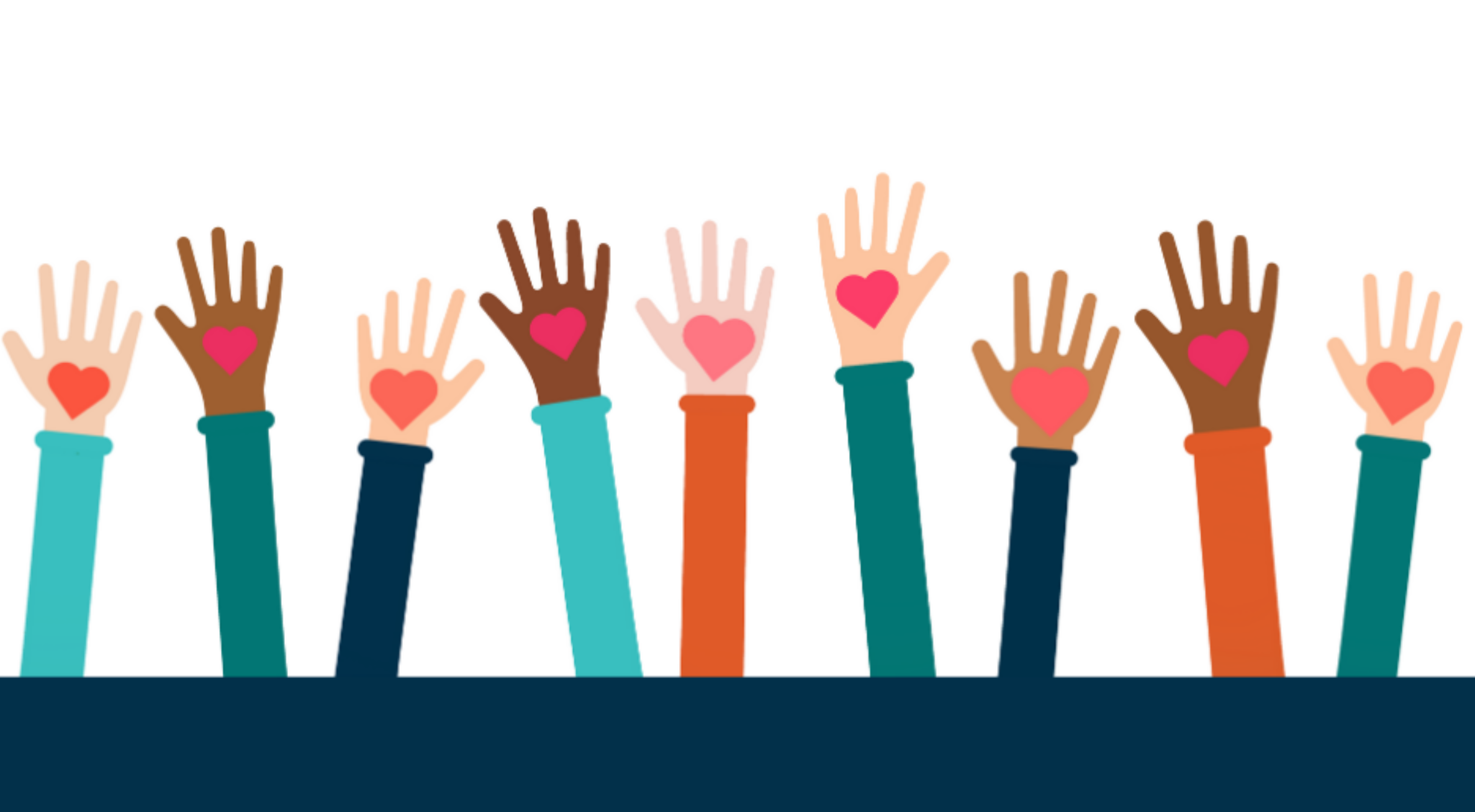 In February 2004, almost two years before the Association of Fundraising Professionals (AFP) and the Urban Institute joined forces to conduct national research on donor retention, AFP’s publication, Advancing Philanthropy, ran an article titled “The Case of the Disappearing Donor.”

During the ensuing seventeen years, the economy has risen and fallen a couple of times. However, during most of those years the total charitable dollars given have increased. In the last few years, we know that part of this is the result of extremely wealthy donors making enormous gifts in the multi-million-dollar range. Removing those individuals from the mix creates a different picture.

What remains are small and medium-sized donors and several large gifts. The problem is that the small and mid-sized donors are the ones who are disappearing. They are most often donors who have not reached their income potential and, therefore, their giving potential. Losing them now can mean losing them forever. 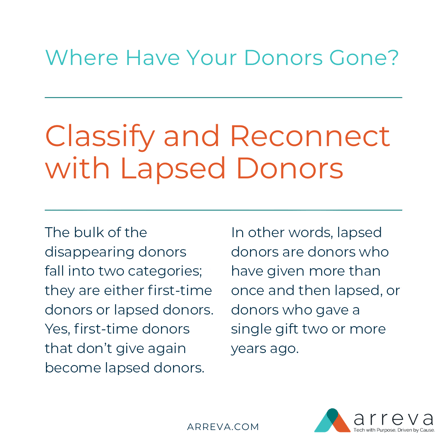 There are several things a nonprofit can do to steward first-time donors. It starts with the initial gift thank-you letter. Amazingly, this is often done poorly. Ideally, the letter should be mailed within 48 hours of receiving the gift. With donor relationship management software, this goal can easily be achieved.

There are some caveats. The letter should accurately address the donor. In this case, appropriate salutations, and spelling count. The letter should be correctly formatted and have a professional appearance. The letter should be hand-signed in blue ink. Both a computer-generated and a stamped signature scream “we don’t care about our donors.” It is also especially nice when the letter-signer writes a simple p.s. on the letter. All of these “should dos” amount to an emphasis on being prompt, correct, and friendly. The initial gift thank-you illustrates whether an organization is providing donor stewardship or not providing it.

Other simple ways to demonstrate appreciation, in conjunction with or, following the initial thank-you letter:

None of the above suggestions are costly. They do provide ways to involve board members and garner participation by donors. They are powerful in their simplicity. 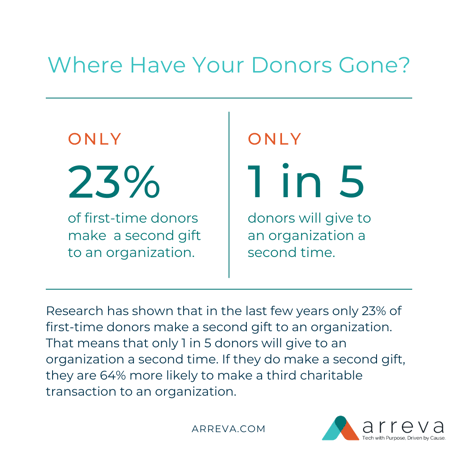 Tackling lapsed donors is much harder than planning to keep first-time donors. The lapsed donor gave to you in the past and has not given since. They may have given a single gift or multiple gifts. They are harder to re-engage because too much time has passed.

Donors leave for many reasons. Lack of income, moving away, or death are not the top reasons. They most often leave because the nonprofit never made them feel appreciated or did not communicate the impact of their donation. People want to know that their gift made a difference, that something in the community changed, even slightly, and that there was an impact.

There are 4 key ways an organization can re-connect with its lapsed donors:

It is never too late to say thank-you. The thank-you can acknowledge the passage of time and be contrite. Let the donor know that, because of their past support, the organization has been impactful. Describe the number of families the organization has served; the number of puppies rescued; how many students received scholarships, etc. Let them know that they helped make it happen. Don’t ask for a gift and start cultivating these donors.

Invite them to tour the nonprofit facility and meet with the executive director and a key program staff member. Again, this is about donor cultivation. The organization wants them to truly understand the mission as it is being delivered and the impact.

Create donor-giving circles at different dollar ranges. Invite the lapsed donors to give again and be part of a giving circle. The donor giving circle should be educational and social.

Keeping first-time donors and regaining lapsed donors requires planning and diligence. For the long-term sustainability of the organization, stewardship of these donors is critical. These donors cared enough to support the organization. Now, the organization needs to demonstrate sincere gratitude towards the donors.